If, as the philosopher Alain wrote, “power deeply transforms those who wield it”, it is no wonder François Mitterrand seems to have changed so much in his dozen years as France’s president. The socialist who in the 1960s denounced de Gaulle’s “permanent coup d’État”, and whose 1981 victory over a king-like Giscard was hailed as a repeat of Bastille Day, has, according to critics, turned into an absolute monarch himself. His image now tarnished by a spate of scandals, Mitterrand is as unpopular as any French Head of State since Louis XVI. As the right is expected to win the legislative elections in March, which means that a conservative prime minister will be in for another bout of “cohabitation” with a hostile chief executive, no serious political discussion in France is complete without a debate on the president’s powers.

The two books under review cover the main points at issue. They agree on the symptoms (presidential hypertrophy) but disagree on the nature of the disease and on the implied cure. Le président de la République, usages et genèses d’une institution, a collection of essays by various constitutional experts, argues that the presidency was not shaped once for all in 1958 but over time by the political actors of the day. The institution, one of the editors writes, “should not be seen as a reality which exists independently from those who hold it”.

True, the 1958 constitution was designed to put an end to the “régime des partis” — the parliamentary root of all political evils according to de Gaulle. A strong president nominates the prime minister and has the power to dissolve the Assembly. The presidency, however, did not fully eclipse Parliament until the 1960s, with the direct election of the president and the repeated use of referendums.

The taming of the prime minister illustrates this evolution. The constitution gives the “Chef du gouvernement”, whose authority rests on Parliament, a central role in the executive. It does not give the president the right to dismiss him/her at will. But de Gaulle and Pompidou demanded undated resignation letters before nominating their prime ministers. Today, there is so little doubt about the president’s right to sack them (except during cohabitation), that no such stratagems are needed.

Public-speaking is a key aspect of the modern French presidency. Presidents are under no obligation to explain their policies: they choose the time, the place, and the format of their addresses; when they wish to be interviewed they handpick the journalists. Thanks to this complete control over communication, they have developed a tendency to speak in bombastic generalities and sidestep hard questions.

One contributor helpfully uses Weber’s notion of charisma — the leader’s access to “essential truths that are inaccessible to common men.” While charisma is initially an individual quality, it can become the attribute of an institution. Since Pompidou succeeded de Gaulle in 1969, whoever was president has dealt with eternal verities while ordinary politicians have been mired in the world of day-to-day contingencies. This “routinization of charisma” has enabled the Elys‚e to take on new powers: de Gaulle’s once controversial “domaine r‚serv‚” doctrine (foreign policy as a presidential preserve) is now widely accepted.

But despite many sharp analyses, the book doesn’t convince. Forget about the often atrocious jargon — the writers are after all legal scholars. The central emphasis on an ever-evolving practice suggests that the written constitution doesn’t matter — a peculiar idea for a Roman law country. And to argue, as a one expert does, that “law is fact that has imposed itself” simply means that France has no constitution, customary or otherwise.

Far more convincing is Jean-François Revel’s idea that French “présidentocratie” was “written in the genetic code” of the Fifth Republic. In L’Absolutisme inefficace, an enormously entertaining book which should be required reading for anyone interested in French politics, Revel argues that the main flaw is not in men but in the system. “The misuse of some tools derives so obviously from the instruction manual that it is criminal to put them into the hands of even a saint.”

Revel starts with the fact that the 1958 constitution sets no meaningful check to presidential powers. The main control — an election every seven years — comes too rarely to be effective. With the president free to dissolve an Assembly which cannot vote him out, Parliament was bound to turn into the rubber-stamp body it has become. The judiciary, kept on a short leash since the Revolution, has never been under tighter political control. The president heads and nominates all nine members of the council that promotes judges. “In the logic of the régime”, Revel writes, “the great interests of the nation are only discussed at the Elysée palace among a narrow circle of unelected advisers and ultimately within the presidential brain itself.”

Nothing is more alien to the Fifth Republic than Montesquieu’s theory of checks and balances. Separation of powers was explicitly rejected by de Gaulle in a famous 1964 press conference: “the indivisible authority of the State is wholly conferred on the president by the people. All others, whether ministerial, civilian, military or judicial, are delegated and maintained by him.”

According to Revel the result of this imbalance is not action, but paralysis. Like any omnipotent institution, the French presidency “does not work and prevents everything else from working”. Given the lack of public debate, the main way for people to make their displeasure felt is to take to the street. This invariably leads the government to cave in to special interests. Last summer’s disastrous showdown with lorry drivers is only the latest illustration of France’s ineffective absolutism.

The other main feature of the 1958 constitution is the two-headed executive. The Head of State is flanked by a prime minister whose authority nominally derives from Parliament but who predictably became the president’s creature. This was obvious in 1972, when president Pompidou sacked Chaban-Delmas, who had just won a massive vote of confidence in the Assembly. Chirac’s resignation in 1976 illustrates the same point: when French prime ministers leave before their terms run out, this is not due, as in Britain, to a disagreement with their Parliamentary base, but to a clash with the president.

Not only does the president pick the prime minister, but also the cabinet. Pierre Mauroy, Mitterrand’s first prime minister, complained that he had chosen only one member of his government. But this does not make France’s executive similar to America’s. The White House, of course, must deal with a powerful Congress and judicial busybodies. More importantly, the US president — like the British PM — is clearly accountable for his actions, while in France the fiction of an independent government shields the president in times of trouble. The division of labour in the French executive is simple: the president takes the decisions and the prime minister takes the blame.

Immunity from scandal is a striking fact of French political life in the past decade. Revel points out that Mitterrand never had to answer for illegal arm-sales to Iran (“Luchaire”), the embezzlement of foreign aid by cabinet officials (“Carrefour du d‚veloppement”), attempts to block a corruption inquiry (“Urba”), or for the use of blood known to be AIDS-contaminated, leading to the infection of more than a thousand haemophiliacs.

Revel notes that immunity extends downwards to a crowd of minions who owe their careers to the protection of an unimpeachable president. Scandals that elsewhere would have triggered top-level investigations resulted in the prosecution of mere underlings, and at worst in the resignation of a minister (after the bombing of a Greenpeace ship in 1985). “In France”, concludes Revel, “the person responsible is not the one who gives orders, but the one who receives them.”

Not only is French presidentialism troublesome but it spreads its trouble wide. Across the political spectrum, men waste their talents pursuing the only job that matters. Paralysis extends to the whole body politic as the potential candidate “joins others in a special waiting room, a VIP lounge, where one had better tend to one’s image rather than public affairs, while of course pretending not to care about the former and think only of the latter”. Again and agains, Revel traces France’s problems — fear of reform, lack of discussion, waste of public funds, nepotism, mob rule, corruption, etc. — to a presidential institution which combines omnipotence and inaction.

There is more to the debate on the presidency than an argument about the impact of the 1958 constitution. Those who say that the system changes as the balance of political power shifts will stress that the Assembly recovers its prerogatives in times of “cohabitation”, when the cabinet’s parliamentary basis is made obvious. The constitution clearly works, and the government should take this opportunity to chip away at the presidency. France has known too many constitutional upheavals: it now needs small reforms, like the shortening of the presidential term.

The others will deny that cohabitation works. “It is silly to think that a country can be governed by two mutually hostile leaders”, Revel writes. He points out that the 1986-88 period, when the president was both in power and in the opposition, only paved the way for Mitterrand’s re-election. Tinkering with the system will achieve little, Revel argues, as long as no choice is made between US-style presidentialism and British-style parliamentarianism. In either case, there must be limits to what the executive can do and accountability for what it has done.

What are the chances of reform? Some see the very seriousness of the situation as an encouraging sign. As Revel is fond of saying (quoting Proust): “the disease is the best doctor — it forces the patient to cure himself.” 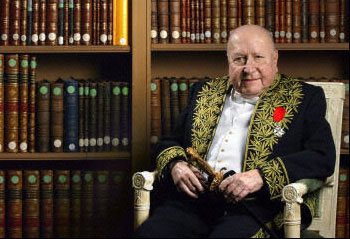